World renowned conductor, harpsichordist, and baroque era musical scholar Ton Koopman is also an organist of the first class.  In the above video he gives the sort of high power performance, of Johann Sebastian Bach's Fugue in G minor BWV 578, that we might imagine Bach himself giving.

J.S. Bach's first jobs were as organist in churches at Arnstadt, Muhlhausen, and Weimar, from 1703, at the age of eighteen, until 1714, and it's fair to say that the musical capabilities of the pipe organ informed and influenced most all of the music that he created throughout his life.  The mighty European church pipe organs were, for hundreds of years until the advent of electronic music in the modern age, the most dynamic, harmonically rich, and just plain thunderingly loud musical instruments the world had ever known.

For the most part, however, as of the early 18th century, no one had yet tapped into all the power and polyphonic richness that the organ was capable of.  One can only imagine how it must have felt to be in the pews when the young Bach climbed up into the organ loft and then totally dumbfounded everyone when he started really laying it down, slamming out huge waves of incredibly intense, majestically toneful, and rhythm heavy audio goodness.  Maybe it was something like an early music rock concert. 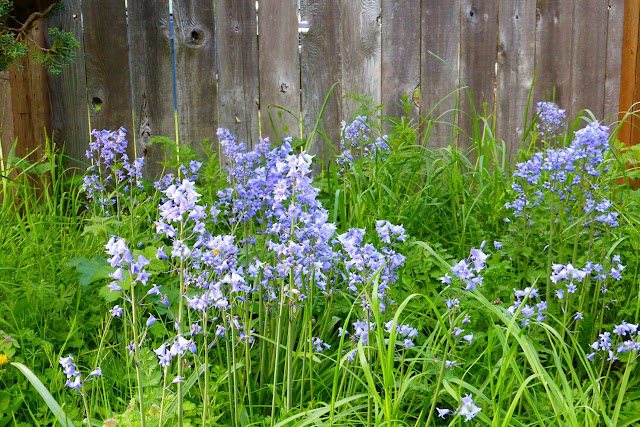 
Next, a toy piano transcription of the Adagio, from the Concerto No 3, BWV 974, as performed by Jakub B:


We'll conclude our Bach toy piano concert with the well known Toccata & Fugue in D minor, BWV 565.  This isn't actually performed on a piano at all, but on a giant foot and whole body controlled synthesizer, called a "floor piano", at a toy store, the sadly missed FAO Schwartz shop in New York City.  Once the world's most well known toy emporium, FAO Schwartz is now gone forever, closed down in 2015 by its new owners and executioners, Toyz R Uz or whatever they're called. 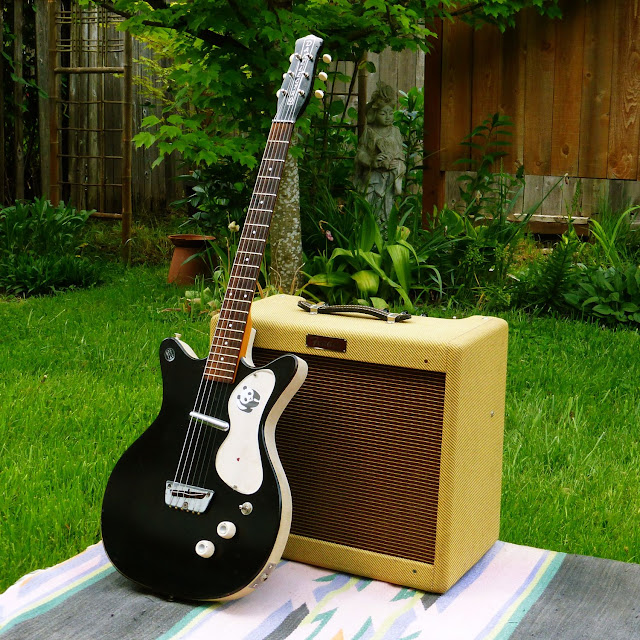 Way back in 1995 my friend, blues historian and ace Colorado bluesman T-Bone Thomas picked up a then newly introduced Fender amp, the Blues Junior. It was impressive: with its blond real tweed cloth covering, brown grill, and top mounted chrome control plate, it looked a whole lot like, and was almost the same size as, a late '50s Fender Princeton.

But it didn't sound like a Tweed Princeton; if anything, the Junior got well into mid-60s Blackface Fender Princeton Reverb tone territory. Only better, way better - Fender was able to fit a 12" speaker into that small cab, instead of a '50s Princeton's 8" driver or the 10" in the Princeton Reverb. And, this may go against vintage-y collector's conventional wisdom, but the Fender-labeled Eminence Legend 125 that came with the Blues Junior was so much superior in tone and efficiency to any of the lowest bidder speakers that Fender used in the 1960s, that there wasn't any real comparison.

That Blues Junior rocked. And it rolled. With T-Bone's '57 Strat, the sound coming out of that little box just sliced through all the back-beat shuffling 12-bar roar of a blues bar band, and when Thomas plugged in his harp mic, rolled down the highs, cranked up the master volume, and started wailing, I thought the roof was gonna cave in. Pretty impressive stuff for a brand new, affordable, production line real tube amplifier.

There are good reasons why the Blues Junior is one of the most popular tube amps ever made, and very possibly it's the biggest selling amp of all time. It sounds great, it's really loud for a 15 watter with a single speaker, small and portable and able to handle most any gig, and on top of all that, can do double duty as a bedroom and studio amp.

Of course there are a couple down-sides to this nearly perfect guitar amp, but not very many. The reissue outsourced Italian Jensen speakers used in the newer Juniors aren't quite as efficient and toneful as the older Eminence Legends were, and we might have wished that Fender had spent a couple dollars more apiece and provided real wood cabs, instead of particle board. Also, just a slightly larger rear opening on the cabinet, with more venting on the back panels, would have let the speaker breathe a bit better, but these are just minor issues that don't really get in the way of making great music.

There's a guy on the internet, a self-styled Junior Guru, who claims there are dozens of problems, issues, and manufacturing and engineering mistakes plaguing this amp, most of which have gone unnoticed until he noticed those supposed faults. "Its tone is too thin and whiny! The overdrive is too cranky and bitchy! The volume pot is crackly and fizzy!", or some other nonsense. After spending time on his website, you come away with the impression that the Junior is the most diseased amp known to mankind. But "fortunately" for us, he sells kits and mod services, to correct each of the Blues Junior's many faults, which he always seems to find more of. Job security, I guess.

I just found out that BillM (his web handle) has passed on, but his wankery lives on, thanks to the internet. Rest in peace, dude. You could say the Blues Junior has outlived its most vocal critic.

Let's forget about wanking and quackery. In the real world, in just about every way, stock Fender Blues Juniors really get it right - they're rugged and reliable, look as good as they sound, they're built like tanks, and with every production revision they just keep getting better. Fender is that rare company that doesn't make wholesale changes in any of its successful model lines, only incremental evolutionary improvements, and the currently made Juniors are still very close to the amp that was first introduced twenty one years ago - a very fitting testimony to the basic soundness of its design.

As it was when I first heard one over two decades ago, the Blues Junior is today still one of the great guitar amps, eminently usable, toneful and affordable, and long may it run.

Alongside the 1995 Fender Blues Junior in the above photo, is a 1959 Danelectro. A gift from my brother Jonsan, I've never known what its model name is, and I don't really care to know. The only important thing is that it's one of the very finest sounding, and playing, guitars I've ever had the pleasure of squeezing notes out of.