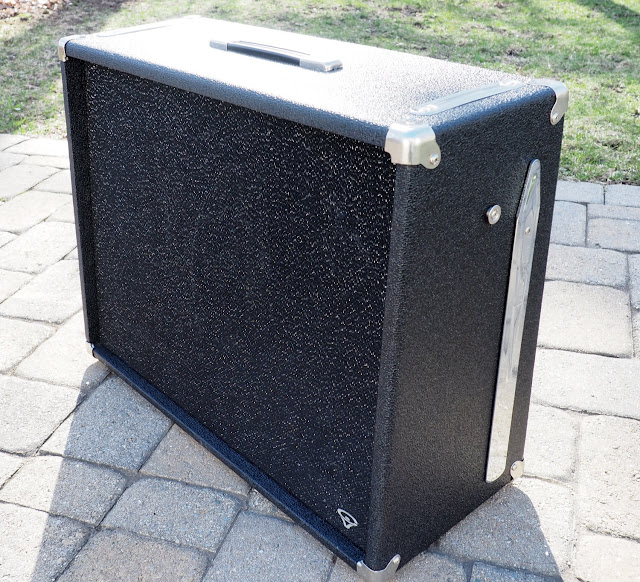 A few months before I picked up the well-worn solid state Peavey Pacer that's being converted into a combo tube amplifier, David in Massachusetts had gotten a similar vintage early '80s Peavey guitar amp that needed some repair. In the end his Heritage VTX 2x12 was beyond help, but he was able to salvage the cabinet, speakers, and various circuit components. 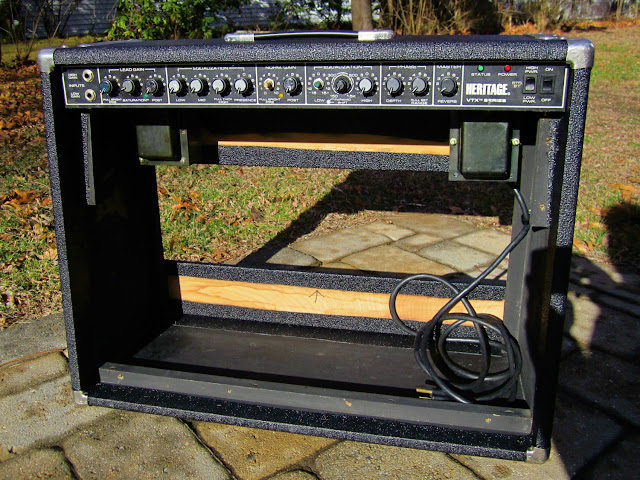 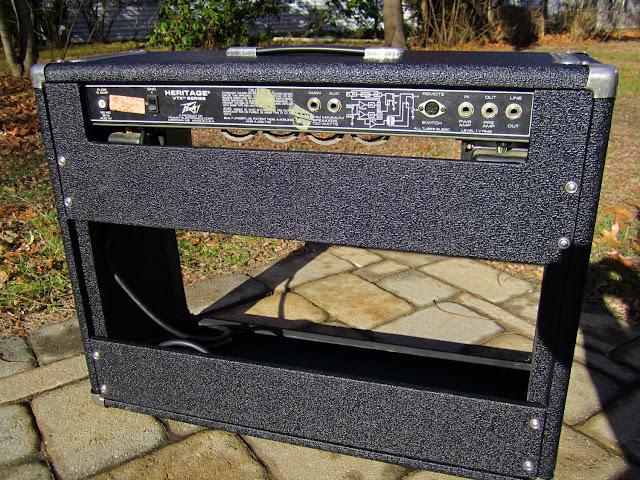 Not only was the amp in very good cosmetic shape, it turned out to have a well made and lightweight solid pine cabinet with finger jointed corners. While converting the Heritage cab into an extension speaker cabinet, David sent a few photos, and those were inspiration, and motivation, for my own Peavey conversion project. Here's his notes about the process:

"Alright, about the Peavey - from what I can remember the VTX chassis is nearly the same size as a silverface Twin, and the same goes for the cab - with the only difference being the slight angling back of the baffle. While I was cleaning the Tolex it lifted at the bottom seam and clearly revealed finger jointed construction. Sorry, but I don't have a photo of that. I did take a pic of the interior corner joint where the glue seeped out from in between the fingers. 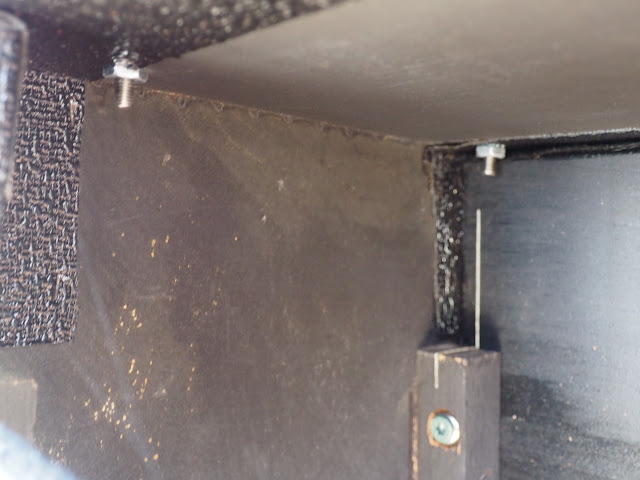 Anyway, I could tell the wood was pine from the small knots in the side panels (and during drilling). Only the baffle was MDF. I replaced it with 5/8", void free, 11 ply Baltic Birch and framed it with 1-1/2" x 1/4" pine furring strips. 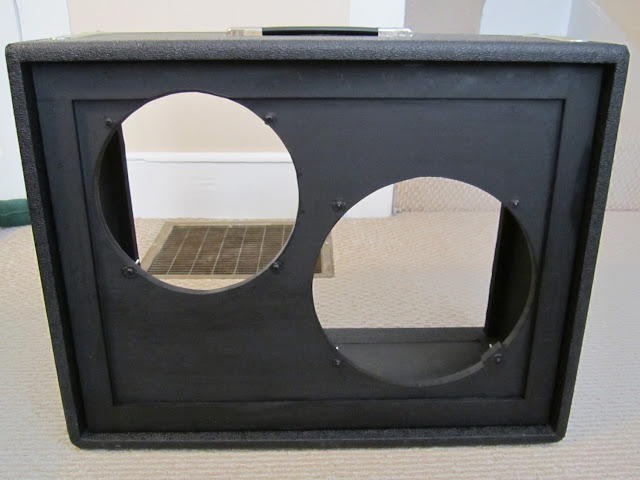 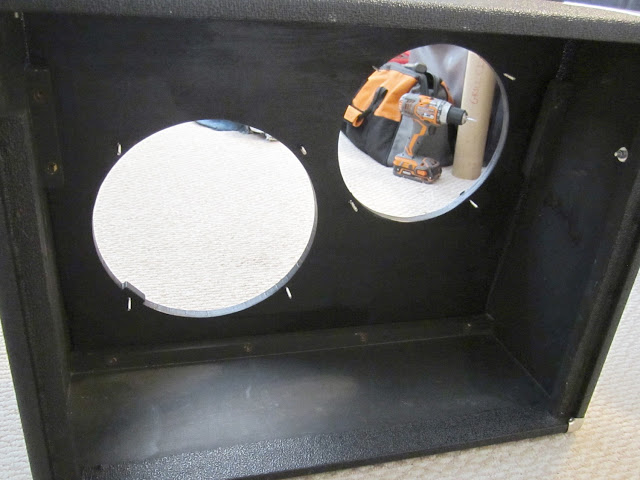 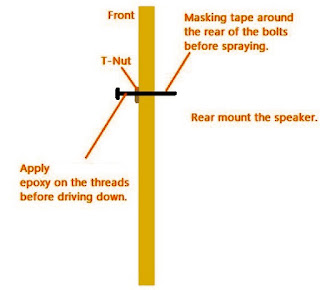 I'm not 100% sure where the grill cloth was taken from - I was told an old Ampeg 2x15 bass cab. I repaired any holes by hand with black thread. 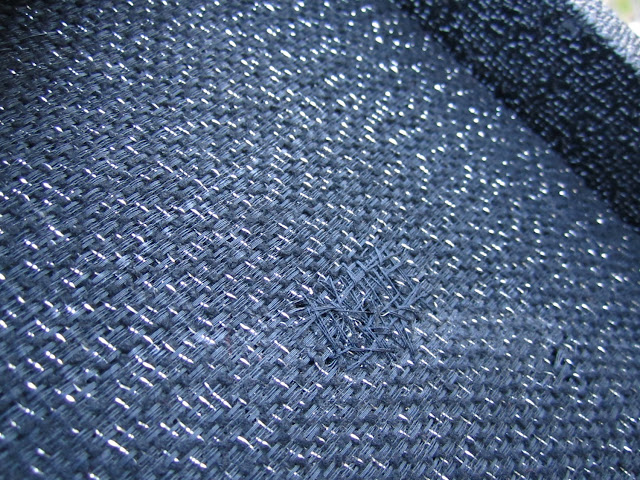 The Fender tilt-back legs are vintage, from a barn sale in Oregon. 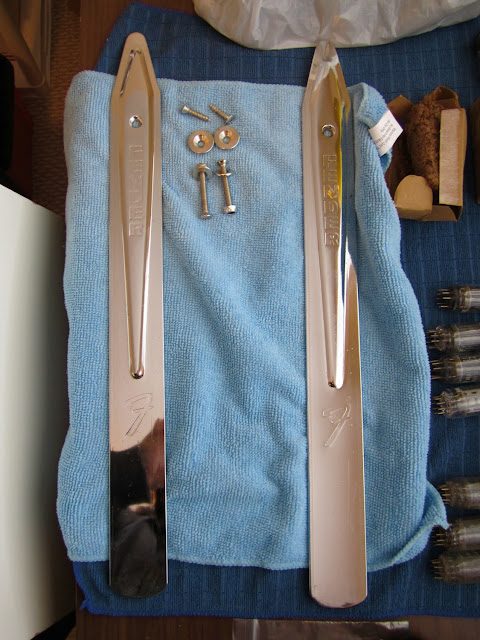 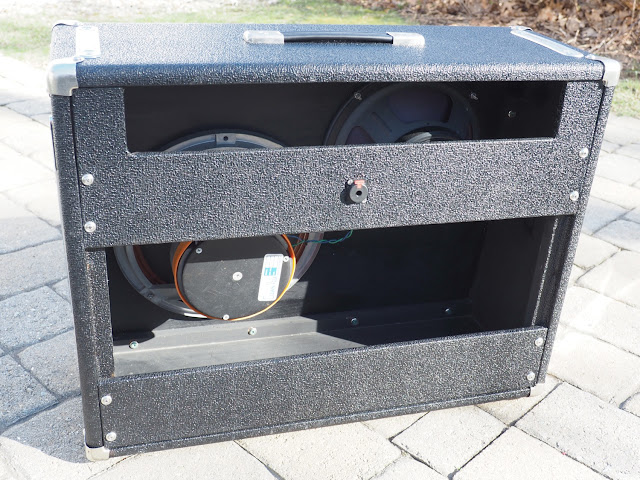 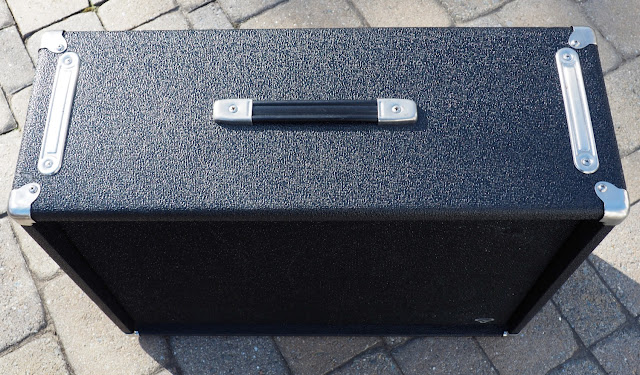 I think that's everything about the cab. I probably invested around $50 into the refurb and half of that was for the plywood. The amp cost me $40 on craigslist but I recouped that by reselling the 2x12 Peavey Scorpion speakers on CL, and covered the project costs by selling the knobs and transformers on eBay. Net cost for the entire project was $0 (or a slight profit)." 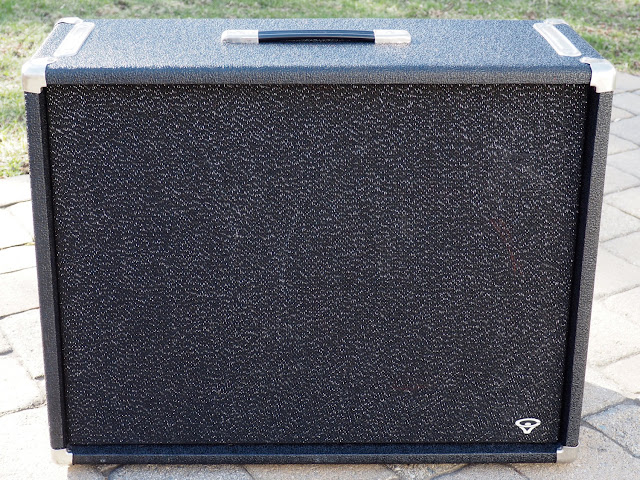 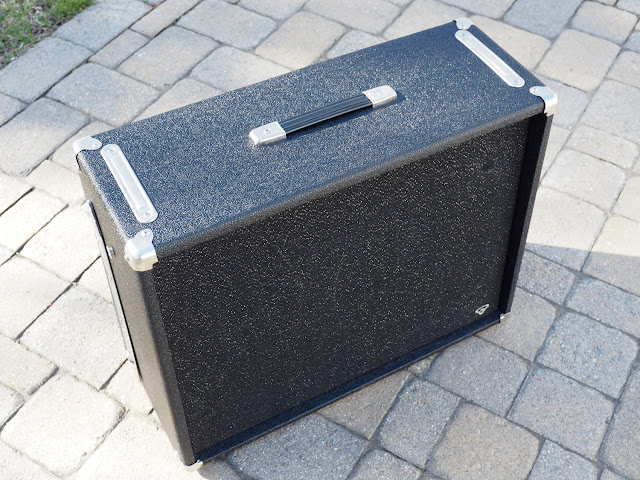 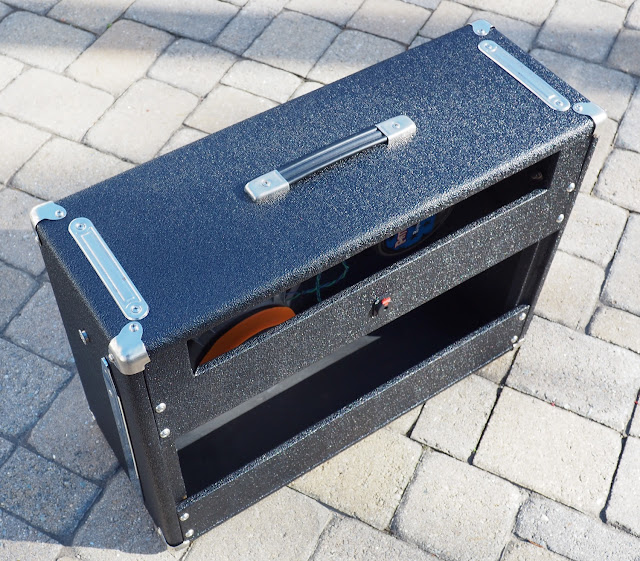 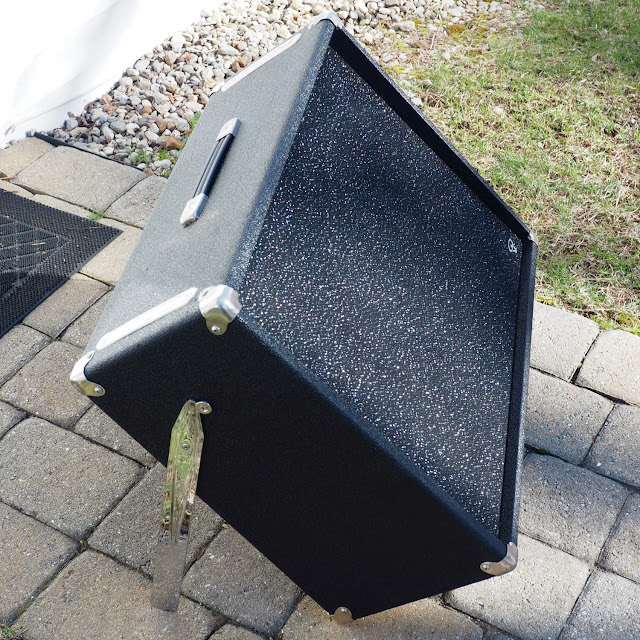 Wow! This is inspiring! Looking for an extension cabinet, and right here is basically the how-to-build your own, using an old Peavey amplifier! I think this could be doable even for me! Thanks, Jim!

Actually, David's genius for coming up with new ways to restore and repurpose old stuff showed us the way. And thanks for reading, Anon, and best of luck with your own project(s)!