Meanwhile In The Back Yard 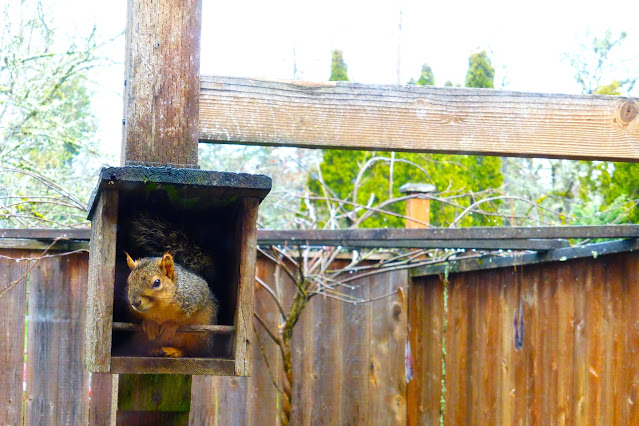 On a chilly rainy morning, there was a brown squirrel resting and keeping dry in a homemade bird feeding box. It may have been sleeping with its eyes open - when I came out into the yard it took awhile to notice me taking its picture. Do squirrels even have eyelids, and if so, do they ever blink? The answers are: yes, and not very often. 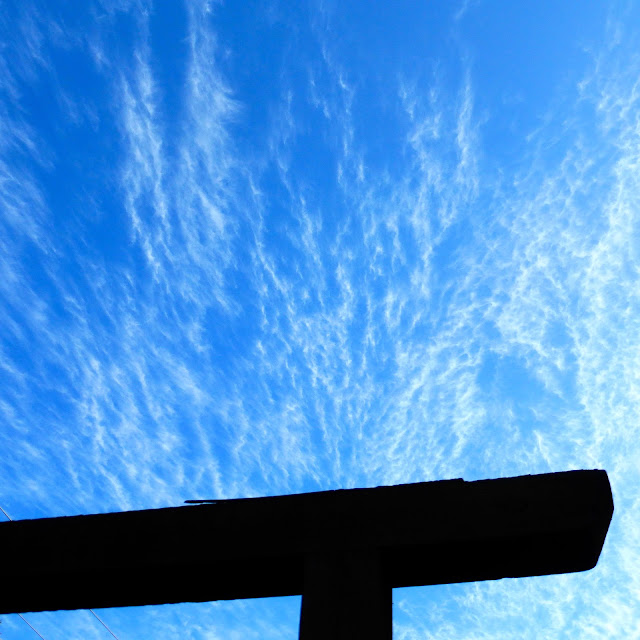 While up on a ladder hanging some suet feeders for the birds, I sensed, in peripheral vision, something moving above me. Looking up, I almost fell off the ladder when I saw these hazy tendrils of floating mist coming fast from the south. Pretty amazing in a subtle way. 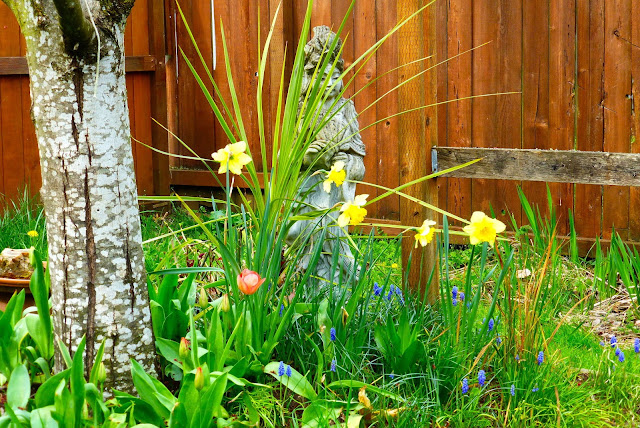 This is sort of an update to the post "First Signs of Approaching Spring". A couple weeks later, sure enough more flowers have come up and opened: grape hyacinth, daffodils, and the first tulip. Up until recently the only things green in the yard have been grasses, but now that's changed. Soon those first few iris shoots will be waist high all along the back fence, and already it's time to get the lawnmower and trimmer out before the grass takes over everything. 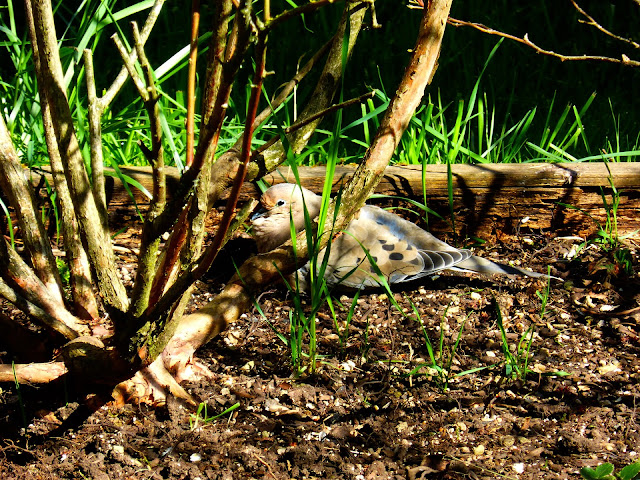 You know what they say: "Let sleeping doves lie". That's probably also true for doves that are only resting. This mourning dove feels secure enough under the new spring foliage of a blueberry bush to take an open-eyed siesta in the early morning sun.

A couple of weeks ago when most of the yard was still fallow, a red shouldered hawk came down amidst a flock of 18 doves foraging for seed, quickly snatched one up, and flew off, all within a couple of seconds. There were feathers everywhere, and doves haven't been back in quite those numbers since. We're glad to see two or three now, and hopefully more as the leaf cover habitat for them improves.

*Update on the squirrel in the bird box: Probably the same squirrel, taking a short nap out of the rain: 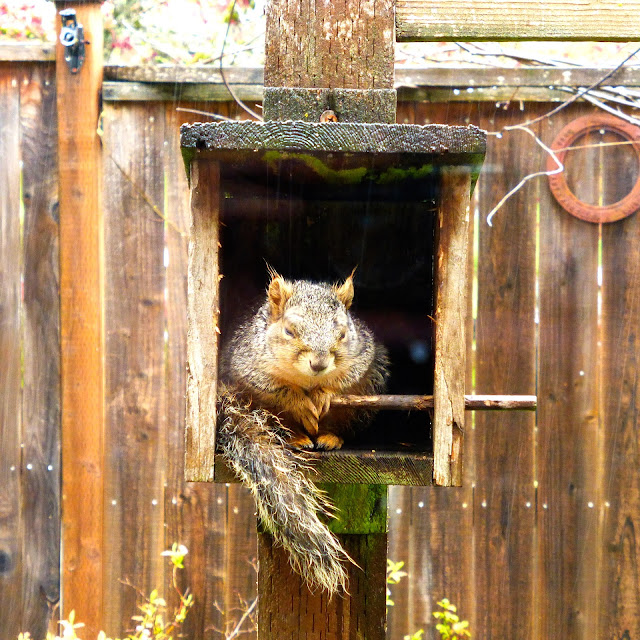