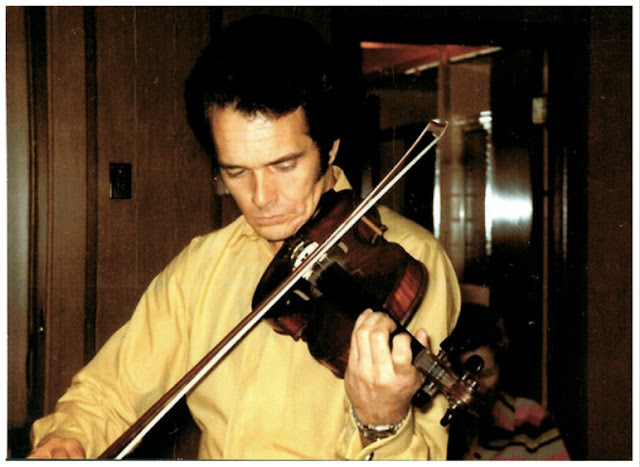 Merle passed from this world yesterday; it was his birthday, and I'm sure he had a few friends there with him.  He was just that kind of guy.  I only met him once, when I was a lot younger, and he was a real country gentleman, gracious, always had a kind word to say to a stranger, even a tongue tied kid just beginning to find his way around a Telecaster.

I'd known about Merle Haggard the country singing star for a while, heard his songs being done by the Grateful Dead and some other west coast bands, and had jammed on a few of Merle's tunes, for fun.  One night a friend's dad called us into the living room to watch a show on the local public TV station, a 45 minute documentary film chronicling a 1970 musical tour with Merle Haggard and the Strangers.  During that road tour, Merle set out with the idea that he would learn to play the fiddle, find some past members of Bob Will's Texas Playboys band and incorporate them into his group, and rehearse old Playboys tunes in preparation for recording a tribute album to Wills, all done while playing show dates, on the road, over a four month period.  It was riveting TV; we young rocker guys sat there spellbound by Haggard's intensity and dedication to his craft, and in a certain way, it changed my musical life.

For a top 40 country singer, Merle Haggard was unusual for his time; he wasn't a record company's studio creation, and he was never an entertainer.  Onstage, he didn't try to be anything other than what he was, and when he and the Strangers did a show, it was always the real deal, only the music counted, with no added artifice.

With his rugged good looks and his expressive vocal style, Merle could have just coasted along with the Nashville "contemporary country" hit machine, but other voices were calling him.  In 1969, at the height of his popularity, he released the album "Same Train, A Different Time", a tribute to one of country music's earliest stars, Jimmie Rodgers. 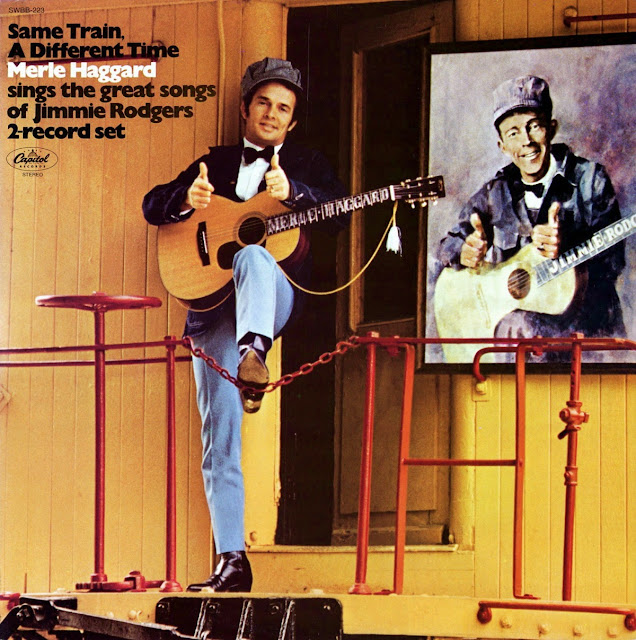 Haggard followed that up the next year with his homage to Bob Wills, "A Tribute to the Best Damn Fiddle Player in the World". 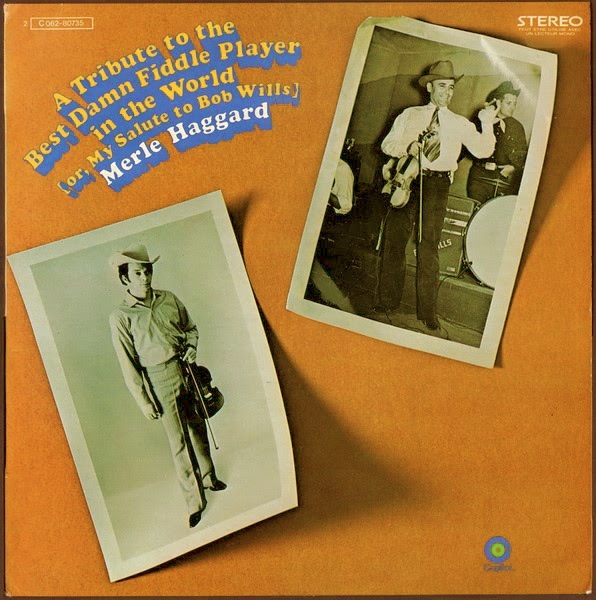 The photo at the very top of this post was taken during the 1970 tour, when Merle spent months intently learning to play fiddle, practicing Wills' solos non stop on the tour bus.  Biff Adam, the Strangers' drummer, recalls, "He'd be listening over and over to those tapes - sometimes we'd have to go back in the bunks and cover up our heads!"

Merle did indeed learn to play that damn fiddle, and he only got better.  Over time, always doing numerous tour dates every year with the Strangers, he became increasingly proficient on his fiddle and guitar, and his voice grew more eloquent and emotionally engaging than ever.  When Merle Haggard set himself on the path of following a mostly forgotten American musical form, Western Swing, is the moment when he turned away from being merely a singing star, and started becoming something else, something that for him was a lot more meaningful: a real musician, and that's what he remained for the rest of his life.

Thanks, Merle; because of you, I fell in with a real bad crowd - the hard cases, the unrepentant, the unforgiven: fiddlers, steel guitarists, and worst of all, the Tele pickers.  We played all the great classic Bob Wills tunes, like Faded Love, Take Me Back To Tulsa, Roly Poly, Right Or Wrong, and San Antonio Rose, and we had a hell of a lot of fun doing it.


And back to the 1978 Austin City Limits show, for Merle's farewell, a medley of Lonesome Fugitive and Sing Me Back Home: