Cover Bands: It's Only Rock And Roll, But Maybe Not 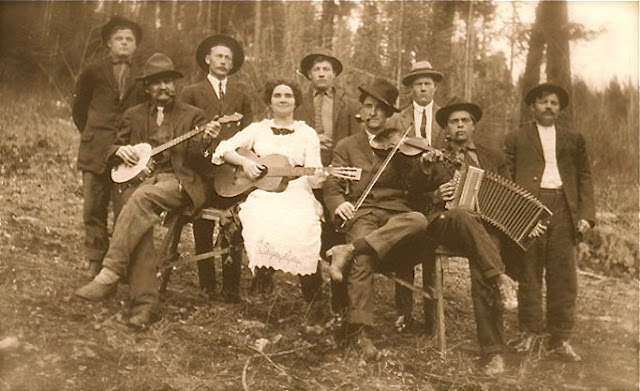 Recently, I went to an opening exhibition at a local art gallery, featuring the works of a collaborative group of five artists working in oil on canvas and bronze casting.  Ranging in age from their late forties to sixty, they were possibly a bit past their prime, so to speak, but still had a lot to offer the art world: each of them talented, articulate, and focused on bringing their collective artistic vision to life.

What was surprising was the group's decision to forgo any aspirations to originality, and instead to apply their mutual creative energy into recreating works by well known artists from the past.  Elbowing my way through the opening night crowd, I was stunned to see nearly pitch-perfect copies of pieces by Picasso, Van Gogh, Monet, Cezanne, Degas, and other famous masters - the exhibition was essentially a greatest hits show, featuring reproductions of paintings and sculptures by the biggest stars in all of 19th and 20th century art history.

A member of the collective summed it up, "We feel that basically, it's all been said before, and let's face it, a lot better than anything being done today. After years of struggling to create original pieces that never sell, it was only logical for us to get together and form what is in essence an art cover band. Audiences in the 21st century don't buy original art anymore, and as working artists trying to make a living, it's a hell of a lot easier to get people to come out to a show like this - I mean, just look at them - swilling down that cheap white wine, and handing over their credit cards like there's no tomorrow!"

If that story above seems a bit far-fetched, well, it's because it didn't really happen.  Not in the art world; not yet at least.  But it's happening with ever increasing frequency in today's music world.

The Long Night Of The Living Cover Bands

Listen to any hit pop tune from the mid '90s, and it's no different from anything being produced today.  Walk into a blues bar, and the band will no doubt either be playing an old chestnut from the golden age of Chicago blues, or something really close to it.  And if any kind of music could have escaped spiraling down into self parody, it should have been rap/hip hop, once the most dynamic and fast evolving of any new musical forms - but sadly, no.

Here in Eugene, the biggest musical draws are the two or three Pink Floyd cover groups that come through town on a regular basis; at these shows, mobs of enraptured fans of the moribund British band sway to familiar tunes played with note perfect precision by the well-paid Floydian archivists, flicking and waving their lighters in unison, and, eyes closed, singing along to song lyrics memorized long ago, reliving happy nights spent getting high and spinning Floyd LPs over and over.  But.  It's not really Pink Floyd.  And they may call themselves "tribute" bands, but they're more like opportunist parasites with their hands out, happy to fleece cash from aging hippies pining for their lost youth.

The rise in popularity of the rock cover band has helped create a whole new class of player: those who took a few music lessons when they were younger, maybe joined a band, but then gave up their rock star dreams and went on to careers, success, stability and security, and possibly an almost satisfying family life.  At a certain age, and finding themselves with free time and some extra cash, they may go down to the big box music store, buy a guitar and amp resembling what their childhood idol used, and then get on craigslist, do the hook-up thing, and find other like minded players to act out their rock and roll fantasies with.

Another related musical cultural phenomenon that's developed in the last couple of decades are the Strict Rock Fundamentalists.  Something like a Christian fundamentalist, or an Appalachian snake handler, or a radical Islamist, if you get too close, they're kind of scary.  These wild eyed zealots have an almost religious belief in the sanctity of The Original Version; the Strict Rock Fundamentalists can tolerate no deviation from gospel, no addition or subtraction or variation from the hallowed text, no extended jams, no alternative reading of their revered rock and roll hymns.

If you ever try taking a tune from the holy rock canon off into another direction, or play an instrument that's not in The Original Version, or worst of all, start a Grateful Dead style jam on it, the Strict Rock Fundamentalist will stop the song, glare at you, and solemnly intone the sacred words, "That's not how it goes, man!", or, "Those are the wrong chords!"  So far, no infidel has been beheaded for irreverent rock and roll blasphemy, but don't be surprised when it happens.  Maybe that's what happened to Jerry.

Next time, "How I Joined A Cover Band, And Survived To Tell About It".

Also, Part 3 of this series, "Doing A Cover The Right Way, And Having Fun Doing It".