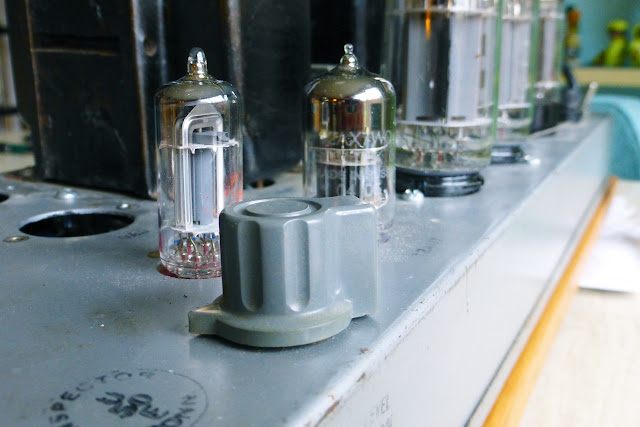 The latest tube amp project here has been a conversion of a mid 1950s Conn number 56665-2 organ power amplifier - basically completely rewiring it and adding a preamp stage, so it sounds good as an electric guitar amp, plugged into an open back speaker cab or even a Leslie cabinet.  A variation of an early model Fender 5E5 Pro Amp circuit was the starting point: a basic '50s amp design, a couple gain stages, Williamson cathodyne style phase inverter, cathode biased output section, etc, but I kind of went crazy with higher plate voltages throughout.  All new tubes: 6AV6, 12AX7, a pair of Russian military 6P3S-E beam power tetrode outputs, and a GZ-34 rectifier.  It's a work in progress, sounds good so far, but still dialing in circuit voltages, as well as tweaking the tone.  When it's more or less done I'll post about it here on the blog.

Being originally just a tube power amplifier, the Conn amp didn't have volume and tone controls, but it did have an input attenuator pot on top of the chassis, with a screwdriver-slot shaft and lock nut arrangement, no knob.  After dismantling the original wiring, it was easy to simply use the same mounting hole and stick a 1 Meg pot in there, and wire that up between the first two triode stages as a volume/gain control, for testing purposes.  After I knew for sure that the amp was going to work, I planned to drill a couple new holes, and put in the usual "Tweed" style volume and one-knob tone control arrangement, like the 5E3 Deluxes and early Princetons and Pros have.

But.  So far, this amp project is sounding pretty good, as is, may not even need a tone control.  Heck, old Champs don't have a tone pot, and they sound great.  And the few really ancient guitar amps from the 1930s and '40s that I've played through didn't have any tone pots either, and if they were good enough for Charlie Christian and George Barnes and the young Les Paul, then okay, who needs a tone control?

Last week, David sent some old knobs and a switch tip, and when I opened the box, this big little gem was in there: 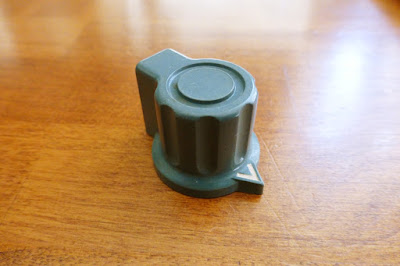 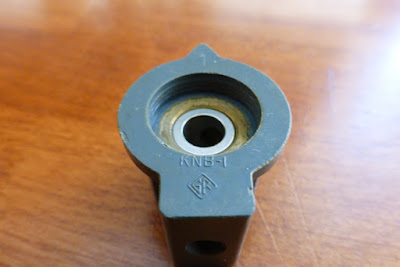 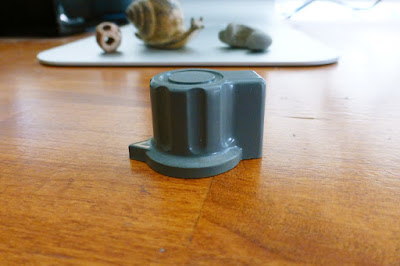 That's one interesting knob!  It's as if a fluted knob and a Davies style and a chicken-head pointer all got on a three-way love boat, and a few months later a strange and beautiful hybrid baby came along.  I don't have a clue what it is, and right now I'm feeling too lazy to do a web search, or maybe I don't care.  All I know is, that knob looks great on the Conn amp, and plus, it's maybe the coolest old amp knob, ever.

Update:  For all you die-hard knob heads out there, it turns out that this cool old knob is a General Radio (GenRad) model KNB-1 ("knb" = "knob", get it?).  It may have been standard equipment on some model or other of vintage, fabled, even mythical studio audio gear.  Fairchild, maybe.  Or something.  Hey, it's on the internet, it must be true.