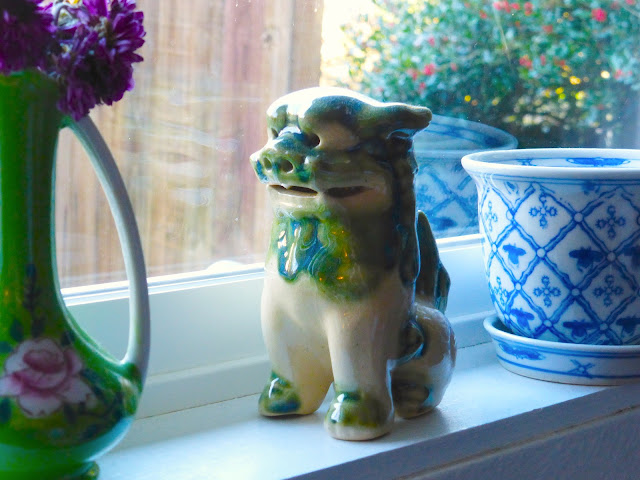 We've been trying to figure out what this. It's cast ceramic, and the glaze appears to be in the deliberately imperfect Japanese style known as Wabi Sabi. And it certainly is cute ("Kawaii"), so that also suggests that it was made in Japan, whatever it is.

I'm going to make a wild and completely non-academic guess, based on no evidence at all: this piece of ceramic art is a young, immature version of what is commonly called a Foo (or Fu) Dog, also known as a Guardian Lion in China.

Here's a large and apparently grown up Foo Dog / Lion guarding the main entrance to a fairly big house or possibly a temple: 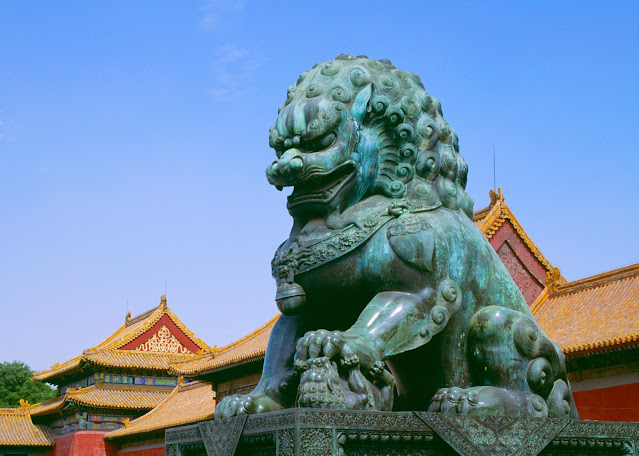 A much smaller white Foo stands guard atop our piano: 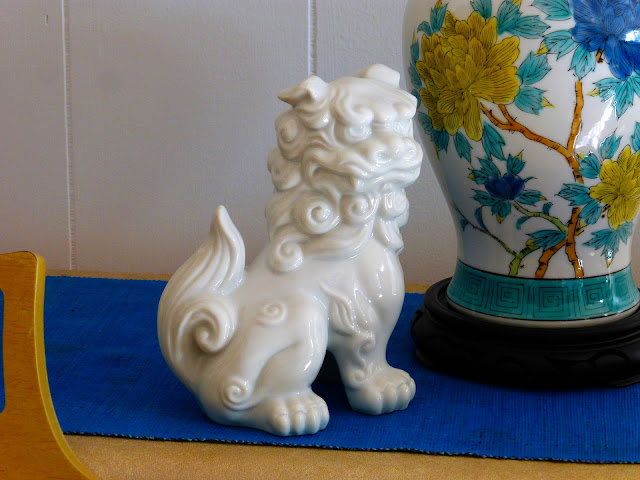 No doubt that when they get older, Foos become fiercer and even scary looking, and that's probably a large part of their appeal as spiritual guardians of the material world. But I'd be just as happy if our little Foo Pup never grows up, and stays as cute as he or she is today.

Here are a couple more photos of the Foo Pup: 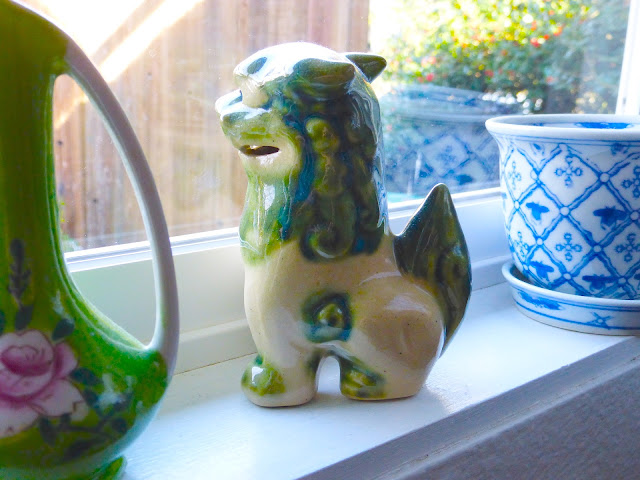 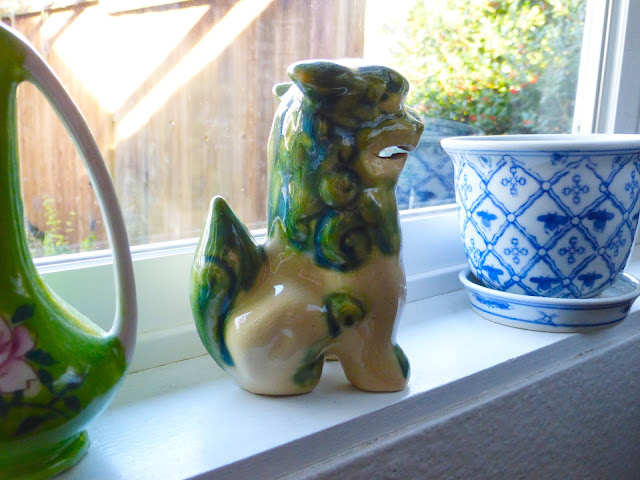