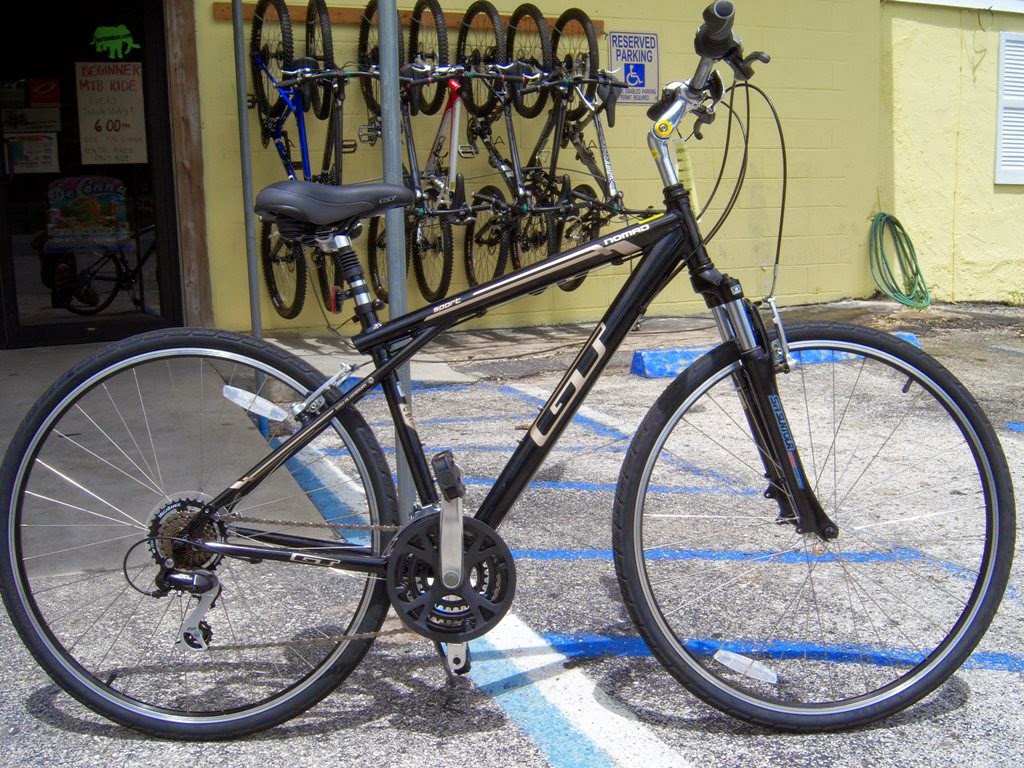 On the last really nice, sunny, and warm day of autumn I went for a ride, and so did a bunch of other bicyclists. There's a cycling and pedestrian trail that goes along Amazon Creek, and as usual for a nice day in Eugene, there was a lot of bike traffic. I got stuck for awhile behind a pair of cyclists out for a jaunt, side by side on their bright shiny new bikes with matching paint. Sorry for noticing, but these folks in front of me were massive, and their bikes were also king-sized. Or maybe it just looked that way, since they were both riding almost completely bolt upright, not leaning forward at all.

Another thing I noticed was how much both of them were bouncing up and down as they pedaled. A lot. I guess that's not surprising - most bikes made these days have suspension forks, and the combined mass of large bike and large rider will cause a bunch of unnecessary and energy sucking vertical movement. I'm not being critical, and it's great whenever someone takes the time and energy to get out there and do something like exercise. After ringing my bell, I gave them a smile, a wave, and a thank you as they pulled over to the right and I passed by.


There's a lot of really interesting bicycles where I live, and I usually only notice unusual designs, or nicely kept up vintage cycles, or well built-up ugly city bikes, but suddenly I saw that there were a ton of these newer design bikes out there - all with immensely tall frames and even taller handlebars, ultra wide and huge balloony seats, and really long springer forks. I never even knew these bulky behemoths existed, but now I was curious, so I went to Paul's original shop on Alder Street to find out more:


Here's what I found out from the helpful and friendly folks there: this new style of bicycle is called a "comfort bike", or sometimes "hybrid bike". The term comfort implies that it's a comfortable bike, and "hybrid" is marketing hype, with no connection to high-mileage cars, or anything at all, really. These comfort bikes, being humongous, are also really mega heavy - they're half jokingly referred to as being designed by lawyers: made from massively stout material, they'll withstand almost any treatment by less experienced, more portly pedalers without breaking; therefore, less lawsuits. A sad reality is that we now tend to be larger and heavier than humans have ever been; something like 2/3 of US adults are overweight, and these larger and heavier bikes were made to take us down the road, without collapsing from metal fatigue.

No matter what brand name is screen printed on the frame of a comfort bike, the vast majority of them are built in one or two of the colossally giant-ass factories of the Gigantic Bicycle Company in the manufacturing superpower of China. Ginormous quantities are sold each year, usually to folks with all the best intentions of a healthier new life, and tens of millions of these hulking beasts languish in dark back corners of garages all across the world, most of them in still pristine, barely ridden condition.


Take a comfort bike out for a spin, and the first thing you notice is how high up in the air you are. Also, it should be called an "exercise bike", since it takes so much effort to operate. Much of the energy usually transferred into forward motion is lost in front fork bounce, the dampening effect of the spring-loaded seat post, and heavy jumbo 700C tires, made to resist punctures while supporting a lot of weight. Having to overcome the sheer inertia of trying to get that monumental mass of metal, rubber, and flesh moving, plus the added wind resistance caused by the upright riding posture, and you can really feel those calories falling off after only a few blocks. It's no wonder that most of these elephantine bikes are hardly ever ridden after being bought - it's just too much like work, and not fun at all.


When I got out of the store and jumped back on the narrow, hard leather saddle of my old lightweight beater made of high tensile steel so naturally springy it feels almost alive, it was like an enormous weight had fallen off me. Just a few pedal strokes got me up to cruising speed, and it felt great riding effortlessly in the warm sun, with a light cool breeze - you might even say it was a comfort.