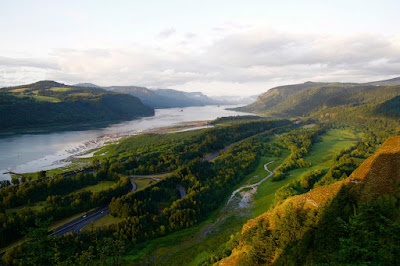 The vistas at Crown Point are amazing.  When the Columbia River Highway, the first road to be paved east of Portland, was built just prior to World War I during the 1910s, it was intentionally routed to be picturesque rather than practical.  During that era, when there were few, if any, paved roads in most parts of the country, goods and passenger traffic went via steam powered railroads and ships, and automobile use outside of cities was mainly for day trips and excursions.  The old highway winds through the hills and bluffs of the Columbia Gorge, with many scenic turnoffs, picnic spots, and places to take in the grandeur of this part of Oregon, including Multnomah Falls and Bridal Veil Falls, and Vista House at Crown Point. 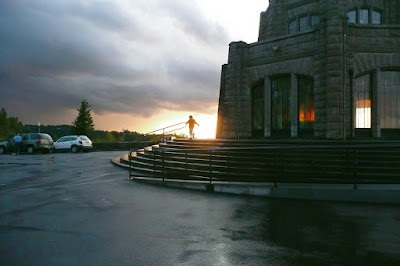 As we were going up the winding road to the point, we drove through a summer hailstorm; the hail stopped and the sun came out just as we got to Vista House. 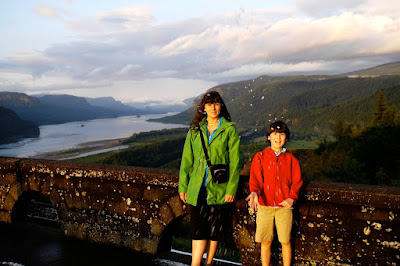 Crown Point is a great place to be at sunset; here's a few more shots taken while we were there: 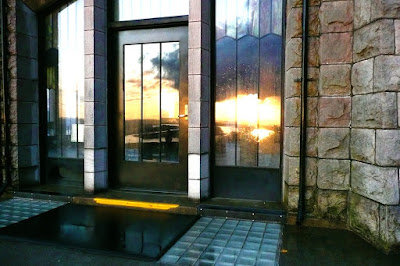 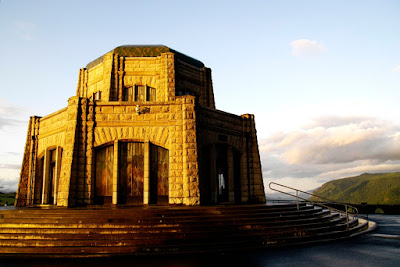 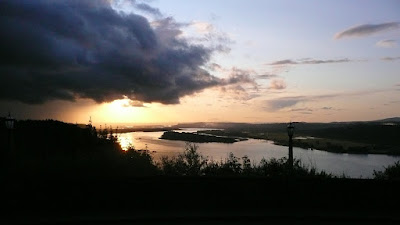 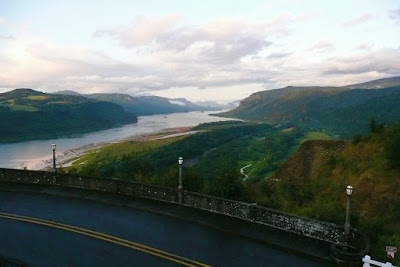 In a couple of the photos above, you can see Interstate Highway 80 far below Crown Point, running next to the railway along the Columbia River.  Built in the 1950s and '60s, this expressway is made for speed rather than beauty, and modern travelers and giant semi-trucks can conveniently propel themselves to their destination without being bothered by the wonders of the natural world.

Here's a couple more pictures, that we didn't take; the first is a scan of an old postcard, and the second is something from the 'net showing a long shot of Vista House and its location: 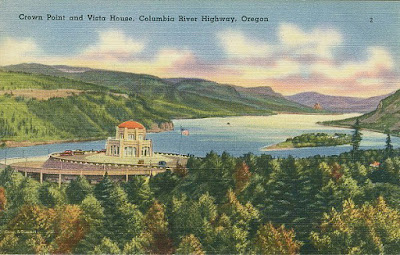 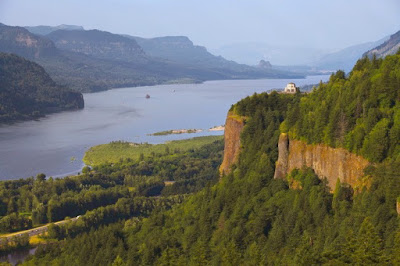 Most of the photos were taken with a Lumix TZ-3 (Travel Zoom) pocket camera.  Click or tap on any picture above to see larger, higher def images.
Posted by James Aoyama on 11:24:00 AM
Newer Post Older Post Home