The Hissing Of Summer Sprinklers 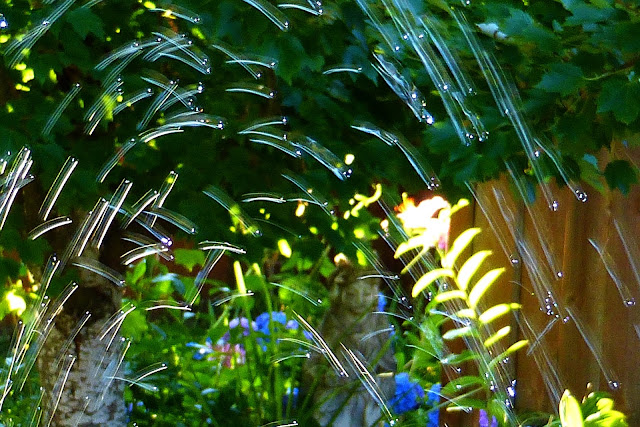 In an earlier post about fitting a pickguard and control plate to a reclaimed knotty pine guitar body, I wrote about how hard it was getting any work done on a beautiful and warm late summer day. All I really wanted to do was "move the yard sprinkler and sit with iced tea and watch the day-dreamscape of fantastically shaped huge white cumulus clouds slowly drift across a deep and clear blue Oregon sky". In fact, just seeing droplets of water jet up from the sprinkler, pause momentarily at the tops of their arcs, and plop back down exploding onto the grass, was mesmerizing in itself.

I forced myself awake long enough to go inside, grab a well used Lumix ZS25 pocket travel zoom camera, and take a few pictures of sprinkler drops in mid air. 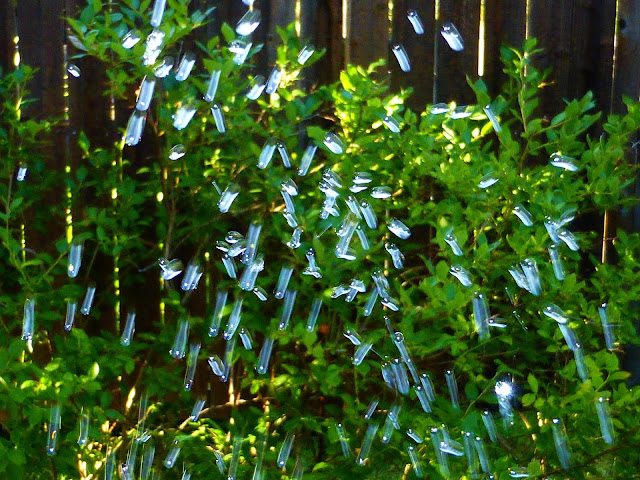 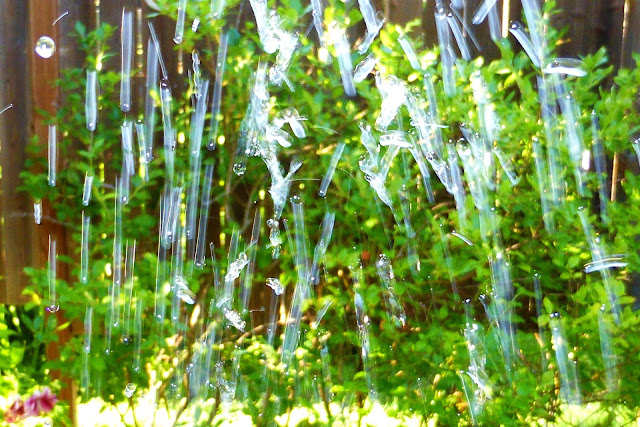 While a human eye and brain sees each droplet as what it is - an almost round traveling ball of water - the combined photo taking speed of the camera's shutter, flash, and ISO setting turns most of the drops into longish glass eel or transparent snake like shapes. Reflections from the strobe flash on each of the individual water drops also create an illusion of glittering eyes on thousands of translucent flying creatures. Reviewing these pictures in the viewfinder, along with the sound of the sprinklers, made me think of of Joni Mitchell's song (and album title) The Hissing Of Summer Lawns.

In the next photo are time-stretched tubular water droplets, some going up and some traveling down, a few at the very top of their arc, globular and momentarily suspended, and, toward the bottom of the frame, two drops going in opposite directions and colliding head on: 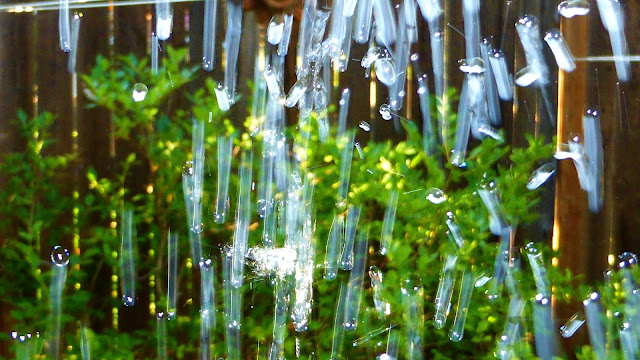 Meanwhile, in another part of the yard, a jar of raspberry and peach sun tea was brewing: 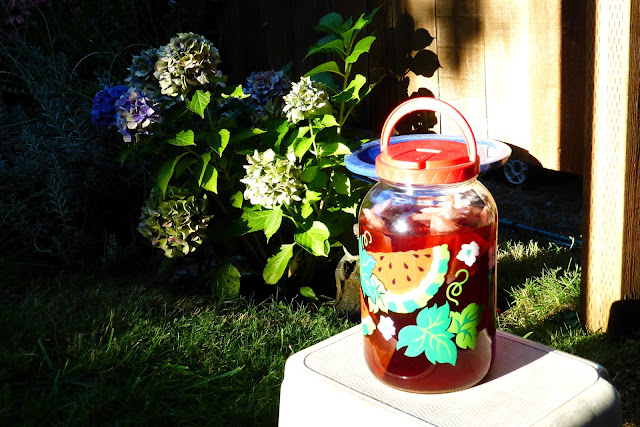 No doubt, clearer and higher definition photos could have been taken with our much newer Olympus Micro 4/3 camera, but the old Lumix has seen so much action in its relatively long and useful life, that a bit of water splashed on it was no big deal. One of the very best compact cameras ever made, the vast majority of the photos featured in the Origami Night Lamp blog have been taken with the Panasonic Lumix ZS25.