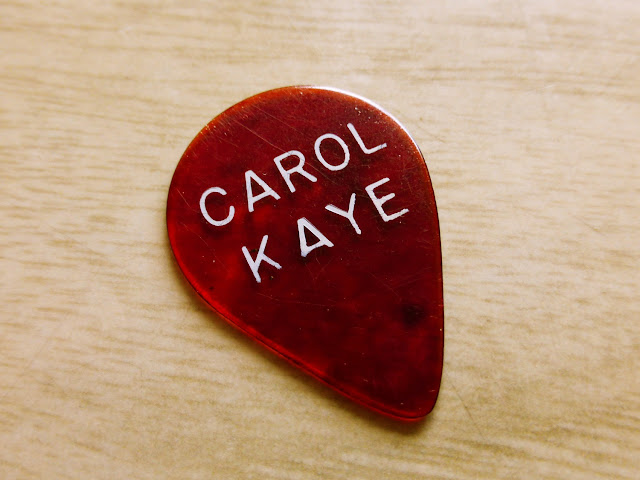 Looking through my old pick stash jar, and came across this Carol Kaye pick. I've had it for so long I can't recall where it came from, or when. But - how cool is that? 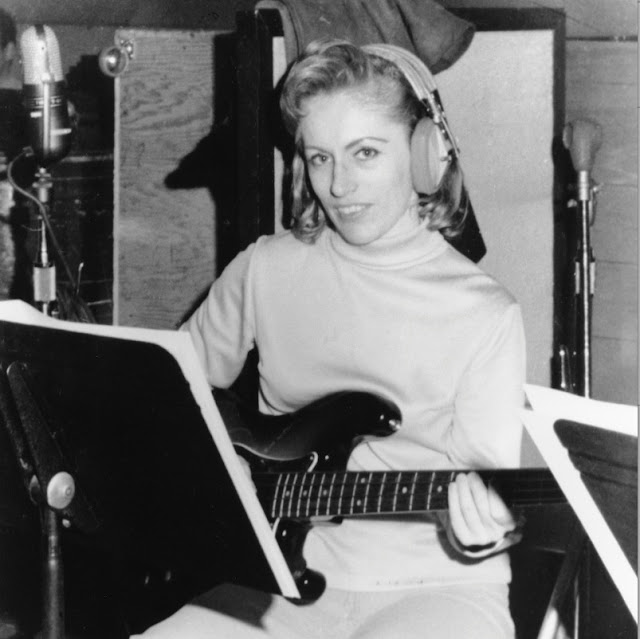 Carol Kaye is, and always has been, just about the greatest studio bassist, for forever, playing on so many hugely popular recordings that she came to define the sound of a recorded electric bass. Her tone was instantly recognizable, and she was my favorite bassist when I was growing up, although I didn't know her name until much later. In the mid '90s she was featured in a magazine article on studio bassists, and then we all had a name to put to all those great bass lines from the '60s and '70s. Read more about Carol Kaye here and here, and also at her personal web page.

Here's a classic example of how Kaye's bass lines could set up a song in the beginning movements, and then propel it into another dimension, changing up into a driving walking bass, heavy on the backbeat:

Really genius playing; Carol Kaye proved that true electric bass virtuosity lies in economy, taste, and coming up with just the right bass line to perfectly complement the song. And I may not have mentioned this earlier, but one of the prime components of her tone was her use of a pick.