"Literally Face Down In The Kool Aid" 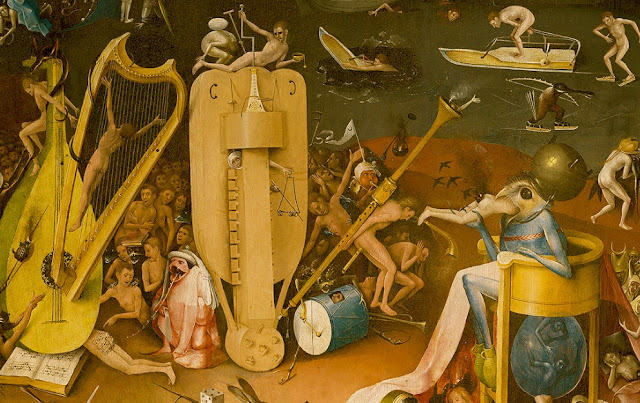 This morning, longtime Republican strategist Mac Stipanovich told NPR that supporters of Donald Trump "have absolutely lost touch with reality, they're literally face down in the Kool Aid". That's an interesting metaphor, but what does it allude to, what does that mean?

Jim Jones was a "charismatic" religious leader and self-styled prophet from Indiana who started his own church in the 1950s. Moving with his followers to South America to escape what he considered to be religious persecution, Jones and his flock found, in 1978, the ultimate escape. A summary at About Education has a quick historical take on the cult's end: "On November 18, 1978, Peoples Temple leader Jim Jones instructed all members living in the Jonestown, Guyana compound to commit an act of "revolutionary suicide," by drinking poisoned punch [cyanide mixed with Kool Aid]. In all, 918 people died that day, nearly a third of whom were children." Oddly, when the bodies of the almost 1,000 dead were found, they were all laying face down.

Unfortunately, sales of the classic powdered drink never fully recovered after the incident and its associated bad publicity. 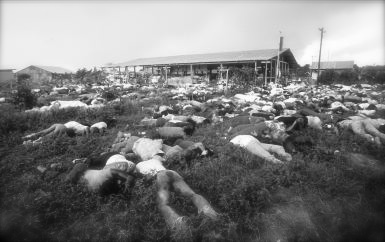 In the decades since Jonestown, "Drinking the Kool Aid" has come to mean someone or a group losing the capacity for independent thought or self volition, and diving headlong into a new belief system, often at odds to their own best interests. Mac Stipanovich may be the first to use the term "face down in the Kool Aid", and by that he may be suggesting that a large proportion, maybe even a majority, of his own party might be committing political suicide.

How has the Republican party come to this particular spot on the road? Stipanovich refers to Trump's followers having lost touch with reality, but in fact they have merely substituted the world that the rest of us sees, with an alternate reality, a new thought bubble more or less free of objective fact. Nourished on a steady toxic diet of Fox News, multiple right wing hate radio networks, and fringey conspiracy theory laden web sites such as Drudge, Breitbart, and Infowars, somewhere between 30 and 35 percent of the American public have come to inhabit a newly created social fabrication so real to them that no matter how outrageous, crazy, or demonstrably false the statements made by their candidate or his surrogates may be, they will always believe them.

As an example of the sort of crazy social cyanide available for self administration, here's Trump ally and campaign advisor Alex Jones on his webcast and AM radio show, in a transcript dated Oct 10, 2016:


"ALEX JONES (HOST): I'm never a lesser of two evils person, but with Hillary, there's not even the same universe. She is an abject, psychopathic, demon from Hell that as soon as she gets into power is going to try to destroy the planet. I'm sure of that, and people around her say she's so dark now, and so evil, and so possessed that they are having nightmares, they're freaking out. Folks let me just tell you something, and if media wants to go with this, that's fine. There are dozens of videos and photos of Obama having flies land on him, indoors, at all times of year, and he'll be next to a hundred people and no one has flies on them. Hillary, reportedly, I mean, I was told by people around her that they think she's demon-possessed, okay? I'm just going to go ahead and say it, okay?
They said that they're scared. That's why when I see her when kids are by her, I actually get scared myself, with a child -- with that big rubber face and that -- I mean this woman is dangerous, ladies and gentleman. I'm telling you, she is a demon. This is Biblical. She's going to launch a nuclear war. The Russians are scared of her.
[...]
Imagine how bad she smells, man? I'm told her and Obama, just stink, stink, stink, stink. You can't wash that evil off, man. Told there's a rotten smell around Hillary. I'm not kidding, people say, they say -- folks, I've been told this by high up folks. They say listen, Obama and Hillary both smell like sulfur. I never said this because the media will go crazy with it, but I've talked to people that are in protective details, they're scared of her. And they say listen, she's a frickin' demon and she stinks and so does Obama. I go, like what? Sulfur. They smell like Hell."

Voices like Jones are the drivers behind the alternate reality bubble that many of our neighbors, co-workers, and family members currently live in. Republican vice presidential candidate, Indiana Governor Mike Pence, who plays the role of a devout Christian on TV, has been for some years an outspoken supporter and advocate of the unscientific and psychologically damaging procedure known as "Gay Conversion Therapy". I wonder if there's a "Right Wing Conversion Therapy"?

Don't mean to be selfish, but I want my old good, decent and non-crazy America back.


For an update to this post, see Kool Aid Pt 2.

This was previously posted at Blue Mountain Winter.