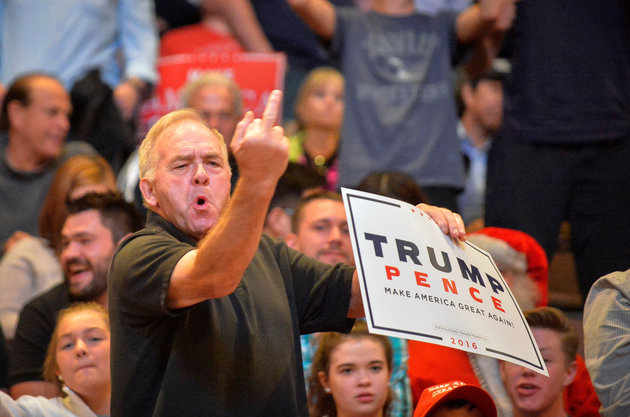 These first two pictures were taken of the crowd at Donald Trump's campaign rally held in Cincinnati, Ohio last night. If they look angry, it's because they were - at the press covering the event. Something to do with media coverage of the candidate's rather unusual style of introducing himself to women. 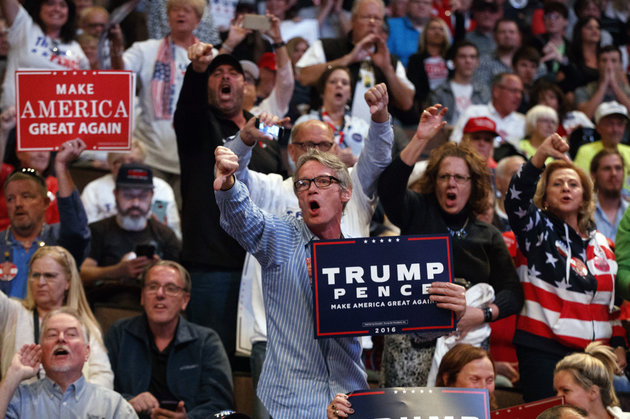 Here are some more from recent events: 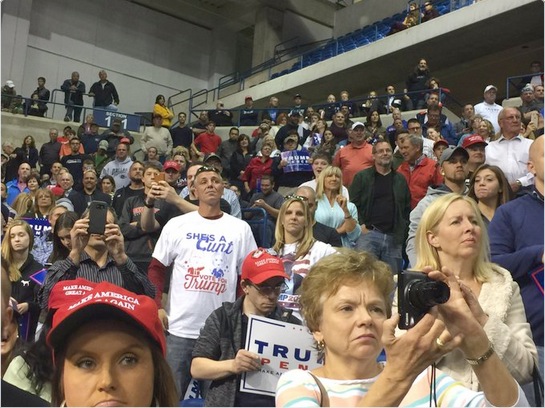 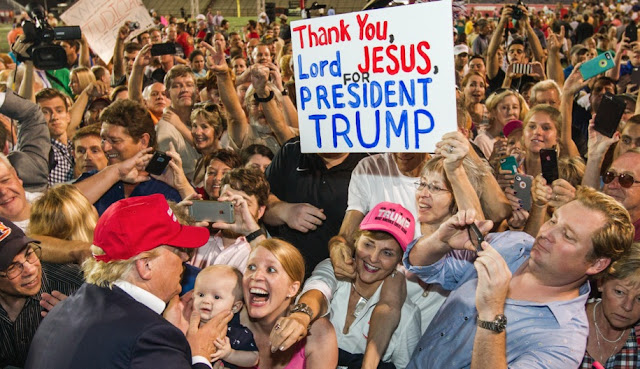 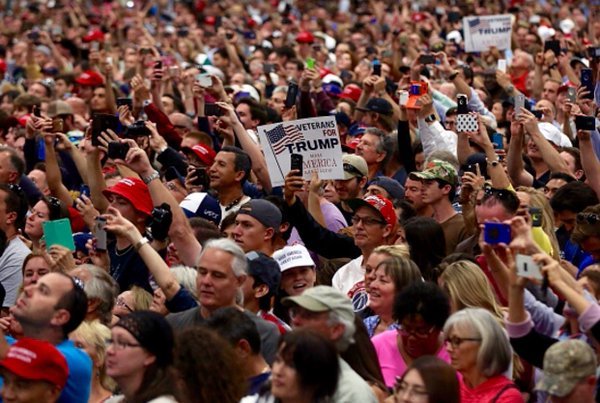 What struck me, looking at these photos, is the remarkably homogeneous nature of these crowds. Try to find just one African American face. One Asian face. One Latino face, Native American, any people of color at all. To be fair, if you look at enough photos on the google, you'll eventually find a couple here and there. But it's not easy.

It's been said, not only by his supporters, but by the candidate himself, that Trump is America's salvation. Just what he's going to be saving us from, maybe we don't really want to know.