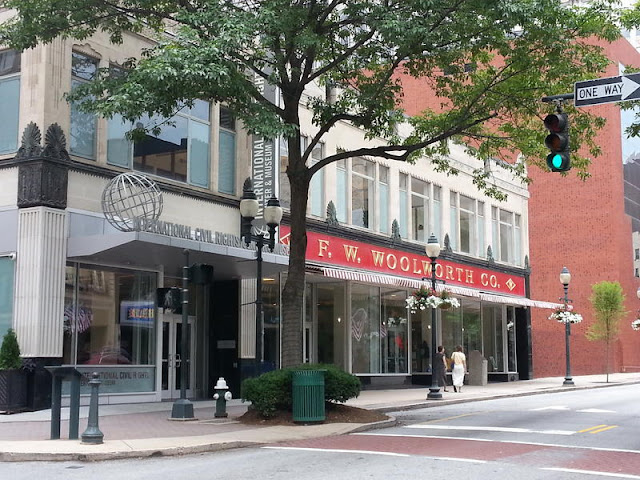 We'd like to think that something like this would be unthinkable, except for the fact that it involves Donald Trump's presidential campaign.

The Civil Rights Center and Museum in Greensboro, North Carolina is built on the site of the Feb 1, 1960 sit in protest of racial segregation by four young college students that became a seminal moment in the history of the civil rights movement. On that day, Franklin McCain, Joseph McNeil, Ezell Blair, Jr. and David Richmond sat in the "Whites Only" section of the lunch counter at the Woolworth's department store in Greensboro; the media attention from that event resulted in widespread awareness throughout the country of the segregationist racial policies then existent in the southern states. 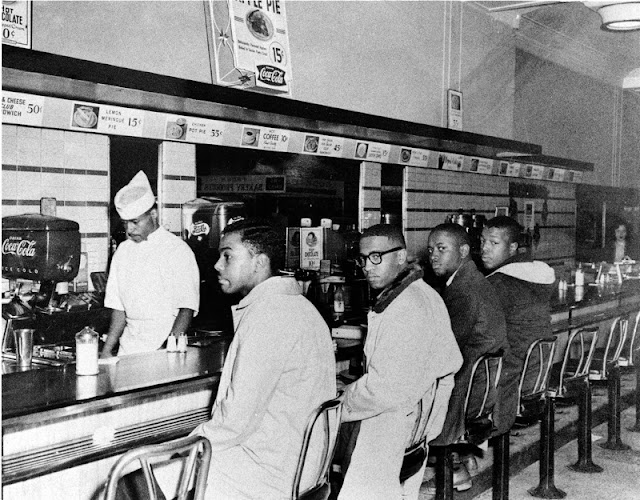 Representatives of the Trump campaign requested that the museum close its doors to the public for five hours on September 20th in order for the candidate to stage a publicity photo op. Possibly, the word requested is a bit mild; according to museum staff, Trump's reps were "aggressive, rude and bullying". After the museum declined participation, reaction among Trump's fans was immediate, and fairly extreme, although sadly almost predictable.

Museum CEO John Swaine told The Greenboro News and Observer on this past Tuesday that since then, museum staff members have received numerous threats via phone calls and social media. Using foul language and racial epithets, “The callers were threatening to come over and burn down the building and to shoot up the building,” he said. “They’ve lessened in frequency this week, but they’re still coming in.”

This was previously posted at my commentary blog, Blue Mountain Winter.